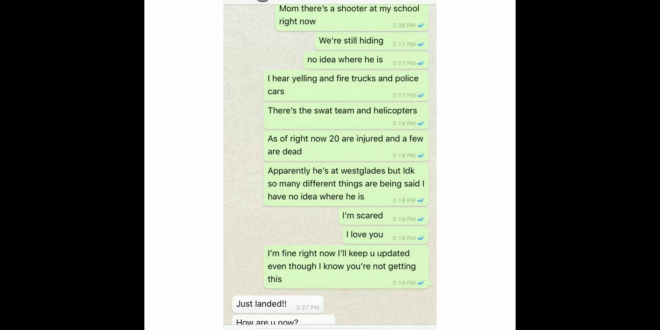 ” At 2:19 p.m. I heard shots. We ran outside. No one knew anything that was happening because the fire alarm already went off that day in second period. So during the afternoon alarm everyone was messing around. Once we heard the shooting we were running outside. I started hearing like six gunshots like far away, but I could still hear them clear as day. And as soon as that ended, I told everyone we gotta go. We gotta run.”
People never thought that that day, February 14, one of the most disturbing school massacres would happen, especially in Parkland, Florida. It’s known for being one of the safest cities in Florida; but guns are everywhere: a 2009 survey ( the latest numbers available) says that there are 101 guns every 100 Americans. It’s no surprise then, that a 19-year old can possess freely his semi-automatic rifle and walk down the school’s parking lot.
Nikolas Cruz, the murderer of 17 people ( both students and teachers ) was a former school student . He had been expelled many times due to his behavior issues and moved a lot : being orphan and having suffered child abuse, domestic disturbance because of his uncles may be some of the causes of his psychological problems, which had never been treated properly .
He was no stranger to the Police, who had received many complaints about him throughout the years. Neighbours and classmates would be threatened to death : a former neighbor said Cruz pointed a BB gun at homes and did target practice in the neighborhood.
Before the shooting, he was best known for sharing sexist, racist, anti-Semite, white supremacist tendencies and ideas on social media like Facebook, Youtube and MySpace.
His comments on Youtube mention the planning of probable school shootings and terrorist attacks, specifying day, time and gun to be used: “I wanna shoot people with my AR-15.” or “I wanna die Fighting killing s**t ton of people”.
This shooting had not been announced, though : nobody could have reported his comments to the police or stop the massacre in any way. There was no clue leading to his well- planned, long awaited decision.
Nearly a year ago, Cruz legally purchased the firearm used in the shooting, an AR-15 style rifle. The family knew he had a gun, they had it locked it up and believed it was sufficient. They didn’t see Cruz as a mentally ill person, or anywhere near capable of doing anything like this. The high school students who have known him in the past have a different idea: “ When we heard that a student was shooting us down, we all knew who it was”.
On that day, 17 souls have been taken away by the unsolved and uncontrolled illness of a human who, according to the USA Policy, was just fit to buy a gun. Could have this been avoided?
The new President repealed the Obama-era regulations about guns, making it easier for ill individuals to afford them: they wouldn’t go under a psychological test which was mandatory just three years ago. In addition, in his 2019 budget, the President proposed deep cuts to funding for background checks on gun purchasers.
Trump surprised us all with the solution he provided two days after the massacre: “arm the teacher with guns. It’s called concealed carry, where a teacher would have a concealed gun on them. They’d go for special training and they would be there and you would no longer have a gun-free zone. Gun-free zone to a maniac, because they’re all cowards, a gun-free zone is: ‘Let’s go in and let’s attack, because bullets aren’t coming back at us”. He also added: “If you had a teacher who was adept at firearms, they could very well end the attack very quickly.”
This shocking and without evidence statements go against the idea students all across America are spreading: NO MORE GUNS.
On March 14, students, driven by the conviction that they should never have to run from guns again, walked the hallways of their schools, showing signs like “ FIX THIS BEFORE I TEXT MY MOM FROM UNDER A DESK”.
It’s hard to imagine an unarmed America. Every day, students sing the National Anthem before class, the song celebrating the same amendment which allowed the killing of their fellow classmates. The President himself has no intention to take it back or modify it in any way. How many young Americans have to lose their lives to make a difference?

We’re only 11 weeks into 2018, and there have already been 17 school shootings where someone was hurt or killed. That averages out to 1.5 shootings a week.

UPDATE: today, March 20 an armed student shot two others at Great Mills High School ( Lexington Park, Maryland) before a school resource officer fired a round at the shooter. The shooter was killed. 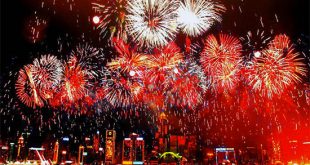 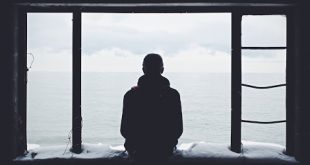 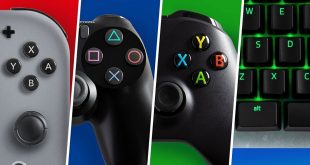 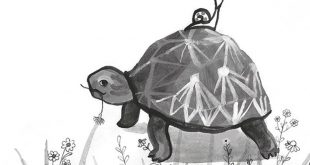