Another writing on the wall

Can you think about a better way to express a concept than writing it on a wall? That’s why our Spanish mates organised an activity which consisted in representing our vision of women in the Second World War.

Each country had to prepare a stencil, stick it and colour it with sprays that the organizers of the project gave us.

At the end, we noticed a huge variety among our “artworks” due to cultural differences and the several visions of the countries.

Norwegians wrote the sentence “women win war” and represented the strenght of women with a fist surrounded by their fingerprints. Spanish drew a woman who reported an important message: “admit women into politics”. They also put the symbol of the

Erasmus. Czech used the main representative picture of the French Revolution, the painting

“Liberty Leading the People”. Turkish represented the pain and the losses caused by the war adding the sentence “war is black”. Italians chose the image of a woman with loose hair coloured as the Italian flag and the word “woman” in all the languages of

It has been a really good experience to express what we felt and our artworks will remain forever on that wall. 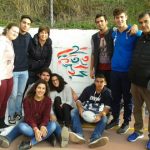 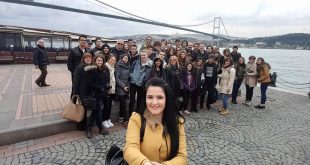 A short tour of Turin 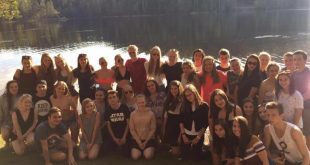